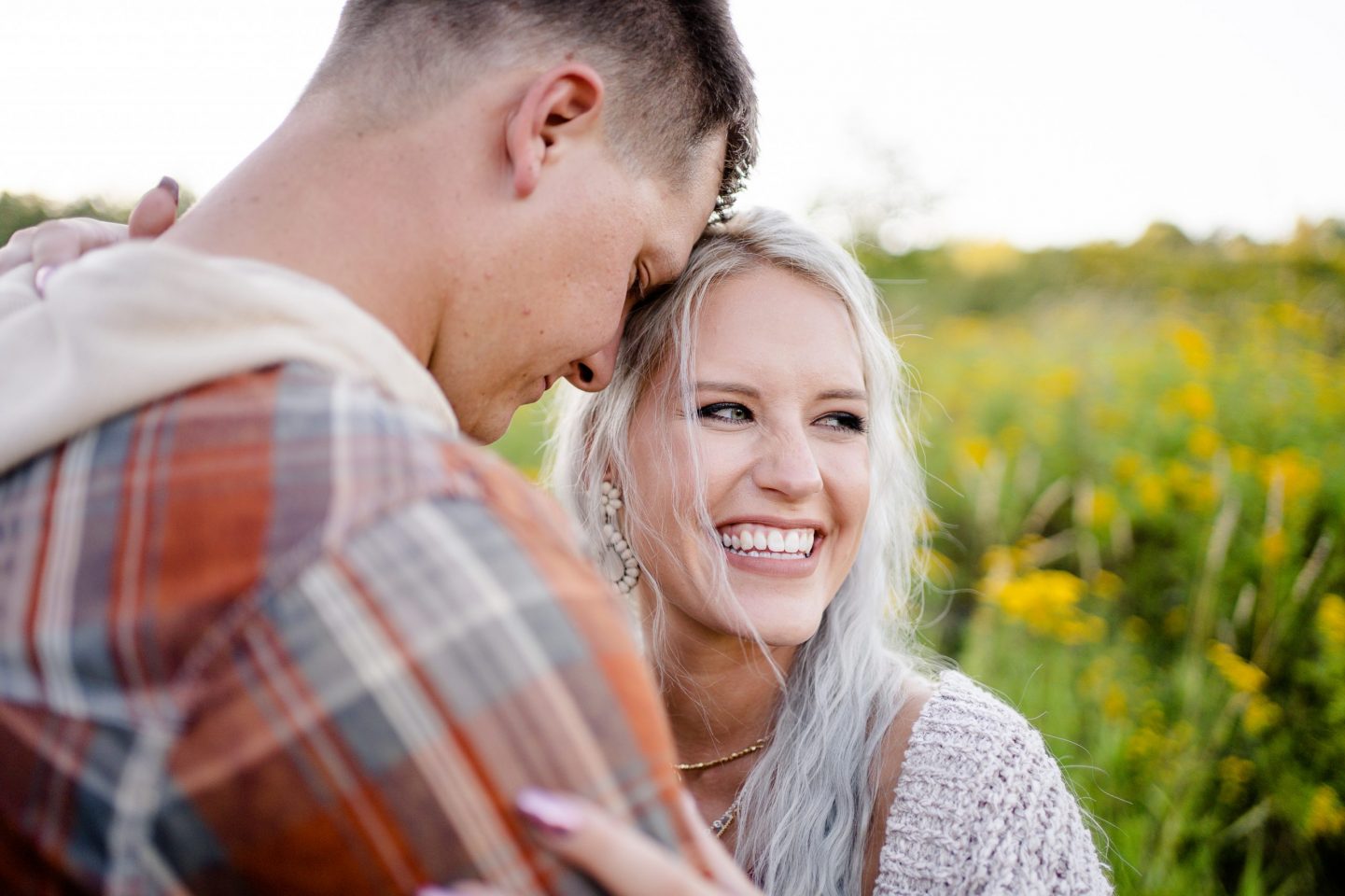 Serena and Zach met by chance at a trap shooting tournament 7 years ago and it was pretty much love at first sight, despite the fact that they were only 15 and 18 at the time! The first thing Zach said to Serena was “hey” and it became an ongoing joke that he is her “hey man.”

They dated on and off for several years, but it was Serena’s mom who convinced her to give Zach a real chance, and they ended up moving in together 4 years ago.

These two have been through everything together, but at the end of the day, they’ve always found each other. Now, they’ve built and moved into a house together, and they’ve built a life for themselves that reflects the strength and respect their relationship is built on, and they’re so excited to get married next year and seal the deal! It’s incredibly moving to watch them interact together – from everything Serena has told me, they’ve “been through hell and back” but are committed to their love, and I’ve worked with enough couples to know that these two have what it takes! They are constantly laughing and giggling together, and Zach looks at Serena like she hung the moon.

I got to see a glimpse of their new house when we Zoom chatted a few months back, and it’s gorgeous. Between the two of them and their two cute pups, they’ve created a beautiful home and are enjoying the process of decorating and making it their own. To make this session even more fun, Serena is a whiz with fashion and has an amazing eye – she runs her own clothing boutique called Daisy Jane Boutique and it’s amazing (click the link to join her Facebook group and check it out)!

The outfits she and Zach showed up in were incredible and both my associate and I were drooling over the dress she picked out. Scroll down for some amazing images of our time together at Black Beach and Palisade head in Silver Bay, and for some shots of Serena’s gorgeous ring!